Browse the SEMMA member directory of more than 200 leading manufacturers based in South East Melbourne.

Thomas Warburton specialises in the supply and distribution of our extensive range of quality fasteners, assembly products and engineering supplies catering for both your manufacturing and maintenance, repair & operational (MRO) needs. We focus on vendor-managed inventory (VMI) solutions that optimise both stock management and productivity, supporting our customers in their lean manufacturing strategies. Our CPS GLOBAL Inventory Management System, SMARTVEND range of vending machines and automated kitting services are some of our established VMI solutions. RFID technology is driving our new generation of fully automated stock management solutions providing significant productivity improvements throughout the supply chain. We are a proud member of the Wϋrth Group comprising over 400 companies in more than 80 countries, 73,000 employees and total revenue of EUR 11.80 Billion (2016). As part of the Wϋrth Group our customers benefit from extensive resources including an integrated quality management division and access to a truly global sourcing network. Thomas Warburton provides an optimised total cost package in servicing and managing our customers' industrial consumable requirements.

Tomako Furniture has been manufacturing commercial furniture since 1974. The company has developed a reputation amongst specifiers, resellers and end users through uncompromising design and by using the best available production techniques, materials and finishes. The result is an enduring, aesthetically pleasing and trouble-free product.

Offering innovative Manufacture and Design, Transglaze is committed to providing on time, reliable, quality solutions for Public Transport Window Applications. Significant experience in the Mass Transit Industry allows Transglaze to provide service and support at all levels of Design, Specification, manufacture and Operations. Our ISO9001 quality system ensures product reliability and conformance are consistently achieved. CUSTOM SOLUTIONS From initial design concept, right through to manufacture, we work with you to provide you with the window solution that best suits your needs. QUALITY SOLUTIONS Our ISO9001 quality system ensures that your product is manufactured to the highest quality standards providing both you and the end operator with peace of mind and reliable operation. INNOVATIVE SOLUTIONS We strive to provide innovative and unique solutions to offer the best possible design and manufacture of Public Transport windows. TransGlaze was inducted into the Manufacturing Hall of Fame at the Gala Dinner held on 16 June, 2014 and was awarded the Greater Dandenong Chamber of Commerce, Premier Regional Business Award for Manufacturing in 2013.

In today's economy, there are more people looking to buy and sell businesses than ever before. When a company owner needs to sell their business, they can't just stick a for sale sign in the window. They need the assistance of a business broker to locate and vet potential buyers. On the other side, buyers rely on the broker to help facilitate the process of evaluating potential businesses and franchises for sale. A Transworld Business Advisor is the solution for both scenarios.

Tricycle Developments is a Product Design & Engineering consultancy. Our capabilities combine creative inspiration with strong technical and engineering competence to deliver better products. Together we specialize in developing technical products and pride ourselves on our ability to deliver results for our clients. We are always on the look out for talented designer and engineers. If you are interested in working with Tricycle please be in contact. As we have grown over the past 5 year we have seperated from the IT/software development part our business to focus on product. They have moved on to became a sister company and have rebranded to TrikeApps

TRJ Engineering has been involved in the engineering and manufacturing business for well over thirty years. Terry Murphy started the business in 1974 with a small factory in the Dandenong area. David Murphy (Terry's son) is the owner of TRJ Engineering and today employs a team of 25 managers and tradespeople. We have progressively expanded our staff and production facilities, and now maintain a fully equipped modern workshop in Hallam. TRJ's range of services has grown over the years; we now offer laser and guillotine cutting, welding, general engineering and metal fabrication, and brake pressing. We are experienced at meeting the needs of clients in a wide variety of industries - ask us how our expertise can benefit your business. In October 2013 TRJ Engineering was awarded the winner of Trades and Construction Business Awards for The City of Casey. TRJ has also recently been able to achieve accreditation from the Australian Stainless Steel Development Association (ASSDA). TRJ is also accredited with TQCSI and has quality systems in place for ISO 9001.

The Tyree Group was established by Sir William Tyree in 1945 and since then, the "Tyree" name has been synonymous with electrical transformer manufacturing and related industries. Today, the Tyree Group is a "can-do" privately owned and operated business that has emerged as one of Australia's leading manufacturers and distributors of electrical products and services and comprises four entities including Tycab Australia, a division of Tycan Australia Pty. Limited. Tycab Australia manufactures UL approved electrical cables including; automotive, building, flexibles, instrumentation, data, irrigation, speaker/audio, welding and others. Tycab is accredited to international quality assurance standard ISO-9002 and its manufacturing plant is located in Dandenong, VIC, Australia Tycab's products include: Automotive Cables - after market, road train (ADR 63), marine (tinned copper), harness assembly and battery & starter Building Cables - single core, double insulated, twin flat and circular Other Cables - flexibles, irrigation, data/instrumentation, speaker/audio, security, welding, explosives, hook-up and many specialised cable products. All Tycab products are supported by an effective Quality Assurance system. Tycab is accredited to ISO 9002 and the company is totally committed to quality, customer satisfaction and continuous improvement.

Uneek Bending is one of Australia's largest Bending and Rolling service companies in Australia. We are a Quality endorsed company with ISO 9001:2000 accreditation. Our business is built around metal bending and rolling of sectional materials, bent to many shapes and sizes to produce various components. Our markets include manufacturing Handrail stanchions for the Rail, Tram and Bus industries. Headframes for the Telecommunication industry. Boiler tube components for the Power, Oil and Mining Industry. Curved beams for the Building Industry. Hydraulic and pressure parts for the Defence and Transport building industries along with numerous bends and curved sections in Aluminium, Mild Steel, Stainless Steel, Chrome-Moly and Titanium for industries such as Building, Chemical, Fabricators, Engineering and Heavy engineering industries.

Ultimate Laser provide a Laser & Waterjet Cutting service. Most materials can now be cut up to 150mm thick where we can also bevelcut (5 axis). Our maximum bed size is 6500mm x 3100mm. We can cut materials such as Mild Steel, Stainless Steel, Aluminium, Bisalloy, Copper, Brass, Titanium, Wood, Plastic, Rubber etc. We have quality assurance to AS/NZS ISO 9001:2008. Ultimate Laser operates out of 3 modern factories in the Southern Suburb of Dandenong in Victoria. We are equipped with the latest state of the art Laser & Waterjet cutting machinery from Switzerland and Sweden. Commencing operations in March 2004 with just one laser machine and with growing demand and foresight to customer's requirements, we now run 5 Laser machines and 1 Waterjet (Beveljet 5 axis) machine operating a huge 6.5 meters x 3.1 meters bed size. From the initial quotation to the despatch of goods, the most effective methods of production are evaluated and recommended. This yields greater efficiency, higher quality and faster lead-times in manufacture of one-off prototypes, small runs or higher volume production.

INSPIRED BY A LEADERSHIP OF OVER THIRTY YEARS IN THE MANUFACTURING, SERVICE, FMCG AND WAREHOUSE/ DISTRIBUTION INDUSTRIES, WE PROVIDE HIGH QUALITY HR SERVICES TO A CREDIBLE PORTFOLIO OF CLIENTS IN THE SOUTH EASTERN REGION WITH PASSION AND COMMITMENT.

Vative are Lean Six Sigma specialists Vative is Australia's largest dedicated business optimisation consultancy and training organisation. Our 50+ team consists of process improvement experts that provide business optimisation, efficiency project services, Lean Six Sigma training and implementation. Vative are committed to delivering results through proven systems and methodologies for a wide range of organisations, covering all sizes and industry sectors. Through years of hands on experience, we have a proud track record of delivering consistently, 500-1000% return on investment (ROI) for projects and programs

Established in 1974 by Mick Vawdrey, Vawdrey began building truck bodies for smaller companies and owner drivers. In 1975, Russell Baker joined Mick and the two formed a strong partnership that lasted until Russell s retirement in late 2006. The 1980s saw Vawdrey grow from strength to strength, becoming a supplier to multinational companies. Vawdrey used the fallout of the 1990s 'credit crunch' as an opportunity to employ smart management techniques that would prove crucial to the company's long term success. During that period, Mick's son, Paul, was enlisted as the company's Sales Manager and the company began to manufacture semi-trailers. Vawdrey's founding pillars were built on quality, innovation and dedication, qualities that continue to drive the company until today. "Australia challenges body builders like no other country on earth and if you take any short cuts in your building process, you'll be found wanting," says Paul Vawdrey. By 2001, Vawdrey moved into its current premises in Dandenong South, Victoria. The 6.5 hectare facility features a state-of-the-art manufacturing complex, spare parts, repairs, sales and administration areas. Over the next decade, Vawdrey continued its expansion, strengthening its presence in heavy-duty refrigeration markets in northern Queensland, Western Australia and South Australia. In 2006, Vawdrey would unveil the Iceliner refrigerated trailer. Today, the Vawdrey name is synonymous with high quality and durability. These principles form the foundation of every trailer the company builds using the most technology and equipment available. The company's manufacturing portfolio includes B-doubles, B-triples, buckleless curtainsiders, dog trailers, drop decks, dry freights, flat tops, mezzanine deck floors, refrigerated bodies, skels, tags, tri-axle trailers and swingliners. While Vawdrey manufactures in Victoria, it has also branched out its services to accommodate a range of transport industries interstate, with to the establishment of service facilities in New South Wales, Queensland, South Australia and Western Australia. As Australia's largest independent trailer builder, Vawdrey aims to consistently improve the standard of design and quality within the country's trailer building industry. 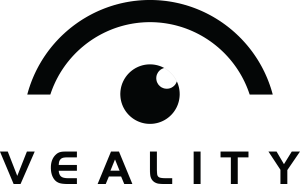 VGL - ALLIED CONNECTORS, are an import/export organization who have been trading with domestic and overseas markets for over 28 years.