At both the Federal and State levels there are various policies and guidelines for Government procurement which enshrine the intent to support manufacturing, and the economy more broadly, by requiring various levels/percentages of local content.

At the federal level, the Commonwealth Procurement Rules (CPR) are the basic rule set for all Commonwealth procurements. The CPR govern the way in which Commonwealth entities including the Department of Defence undertake their procurement processes.

Additional guidance has been developed, which require officials to consider the economic benefit of a procurement to the Australian economy when determining value for money.

In Victoria, the Local Jobs First Policy encompasses the Victorian Industry Participation Policy. The policy documentation advises that “VIPP is an industry development policy designed to ensure small and medium-sized enterprises are given full and fair opportunity to compete for Victorian government contracts.

In practice, the local content of a good, service or construction activity is determined on a cost basis and is the part of a product, service or activity once the cost of the international component has been subtracted. It can be expressed by the following equation:

Despite the promoted intent of the local content policies at various levels of government, SEMMA’s manufacturing members frequently advise us that they have lost out to overseas competitors for government contracts. So, perhaps the devil is in the detail?

The VIPP policy documentation explains that “The content of a good, service or construction activity may include:

· fees, taxes (excluding GST), margins and insurances – up to 10 per cent allowable of a project’s local content.” 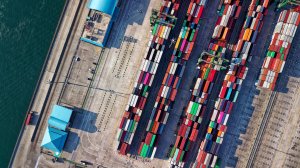 In his PhD research at Melbourne University into the impacts of government procurement policy in the construction sector, Chigozie (Victor) Ndukwe, identified that “domestic manufacturers are the most impacted in the construction supply chain. Major challenges they face include (project) price pressure, import competition and high labour cost”. In fact, the majority of local SME manufacturers surveyed for Chigozie’s research reported that the LJFP has not made a significant impact in their businesses. He reported that some manufacturers are yet to be involved in a Local Jobs First project.

Dr Toong Khuan Chan, Senior Lecturer-Construction, Melbourne University Faculty of Architecture Building and Planning advised that their focus has been primarily on the construction industry. He stated that, “While all the construction companies we spoke to have clearly articulated their preference to procure domestically, they are under severe competitive (pricing) pressures to win jobs” with margins sometimes as low as 3%.

Interestingly, a senior government representative familiar with the requirements of the VIPP, confirmed that at the Tier 3 and 4 levels this preference to procure locally exists but Tier 1/prime contractors, seem willing to bypass the requirements when it suits them. It seems that the relevant authorities need greater resources to audit and enforce compliance to reign in maverick behaviour. 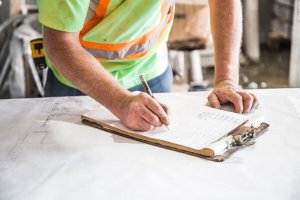 The Ugly and What Can Be Done.

More worrying are many of the anecdotal reports coming from our manufacturing members.

Michael Harrod, General Manager of McKinna Group, advised, “We helped a large Tier 1 company with the design of a compliant building sector product for a notable building in the city as part of broader issue of recladding. Unfortunately, the original agreed price was deemed unacceptable prior to the job commencing. Compromising on quality seems to be an accepted practise and using local companies for technical expertise to meet compliance prior to offshoring the work appears to be becoming the norm”.

Another SEMMA member reported a case where the successful supplier was an international company. The 50% local content was made up of overhead cost (project management), freight cost (air, sea and local) and profit margin. There was no local or Australian based direct labour involved in the product they supplied.

Frequently, manufacturers reporting similar cases – including substitution after their own product has been specified – are reluctant to be identified because they fear being ruled out of future tender opportunities. 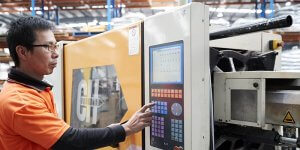 This article is also due to appear in Manufacturing Monthly magazine.